Why Bulimia is a Serious Disease 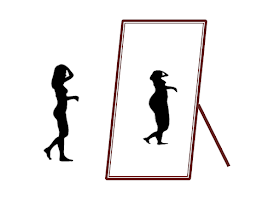 It is undeniable that we live in a world where the image is more important than ever before. With media and popular culture constantly promoting what the ideal "look" and "body" should be, it comes as no surprise that young people, particularly young women, feel increasingly pressured to live up to these images of perfection.

This gives rise to the prevalence of body image issues - in particular, eating disorders. One of the most common eating disorders is bulimia nervosa. Individuals with bulimia will overeat, in what is referred to as binge eating, or even normally, but then will purge - or vomit - the food out later on.

They may also practice excessive exercising or go for long periods without eating to "make up" for the calories they consumed during the binge session. These habits make bulimia one of the most serious and dangerous illnesses afflicting people today.

One of the reasons this is so is that these habits can lead to various adverse effects on the individual. Here are some of them:

The vicious cycle of binging and purging can take an extreme physical toll on the body. Immediate effects of bulimia can include electrolyte imbalances due to the sodium and potassium lost during purging, which can also cause dehydration. Bulimics are also at risk of developing an abnormal heart rhythm, known as arrhythmia.

Purging can also result in severe damage to the digestive system, which may sometimes be life-threatening. It can cause short-term digestive problems such as diarrhea and irritable bowel syndrome, or even serious, permanent damage to the mouth, esophagus and intestines.

This the reason you or your loved one should seek treatment for bulimia as soon as it is diagnosed.

Eating disorders such as bulimia are also commonly associated with various mental health diseases. Many bulimics turn to such destructive habits because of low self-esteem or a negative image of their own bodies.

Coupled with the physical devastation that bulimia takes on their bodies, the weight of their existing insecurities can lead bulimics to develop anxiety and depression. If not treated right away, this, in turn, may lead to something more serious, such as alcohol or drug abuse, or even suicidal thoughts and actions.

Although the short-term effects of bulimia may start to fade after a period of proper treatment or recovery, there may still be long-term consequences, especially if one has lived with bulimia for a while. Various health complications may arise later in life as a result of the poor nutrition practices from the years past.

The tendency among bulimics is to binge food that is high in sugar. This can lead to elevated blood sugar levels, thus putting them at an increased risk of diabetes. Furthermore, the lack of proper nutrition in bulimics can lead to calcium deficiency, which could end up causing brittle bones later in life.

This increases the risk of developing bone diseases such as osteoporosis or osteopenia. Women are also at risk of long-term reproductive damage, as poor nutrition as a result of bulimic practices can lead to an abnormal menstrual cycle. This can possibly lead to infertility, especially in severe cases.

Fortunately, treatment for eating disorders such as bulimia is now easily accessible. If you or any of your loved ones look to be displaying the signs and symptoms of bulimia, do not hesitate to seek out help. Bulimia is something that will end up causing more harm if left untreated, so going for treatment as soon as possible is a must.
at 11/24/2019 04:55:00 PM
Share